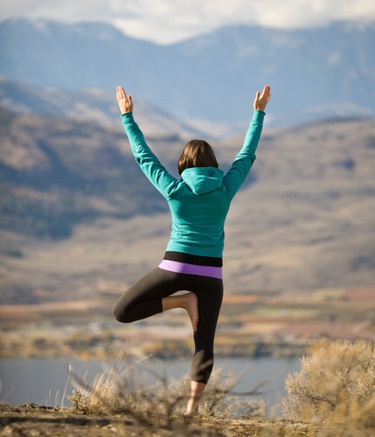 10 years ago, I wouldn’t have been able to even imagine a yoga studio in Southern Maryland.  Yoga struck me as a yankee thing, best left to the kinds of people who drive hybrids while drinking skim lattes and listening to the latest Steely Dan album.

A lot has changed since then, however.  Southern Maryland has seen a big population boom, bringing with it a wider variety of shops and services for local residents.  At some point people realized that shopping at local farmers markets is good not just because it’s cheaper, but because it encourages a healthier lifestyle as well.  All of these changes have happened faster than a pizza disappears at a weight watchers meeting, and somewhere along that time frame the people behind Evolve Yoga and Wellness decided to open up shop.

The store just opened this past December, and I regretfully admit I haven’t been to their classes (yet!), but they have a great schedule on their website that is filled with multiple classes every day. Some of the classes they offer include yoga, Pilates, Tai Chi, Meditation, YogaDance, Zumba, Personal Training, Massage Therapy, Pranassage (I have no idea what that means, sorry) and Belly Dancing.

Check them out next time you’re in California, MD!